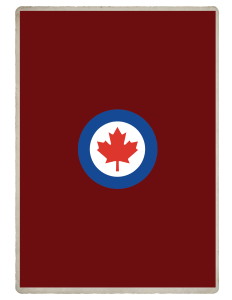 While we are often focused on playing Kards, there is some interest out there in making Kards too.

After starting off with some ideas about the French last week, let’s try to crack into Canada (I have some Axis stuff cooking too). With all of the new cards coming out right now please do not confuse these with powerhouses like Bob Semple.

I also don’t claim that these cards will ever appear in the game. This is a fun experiment of making some of our own cards since I am a fan of the game. I can’t say that these as necessarily 100 percent balanced either. I can’t say if 1939 Games even looks at this stuff. Overall, these are not real cards.

If you would like to share your creations, or react to these, feel free to make comments below, send messages over to kardspodcast@gmail.com or hit me up on the Discord.

Just make sure to send along a little bit of a description of your card (text or video is cool) and talk about the thought process behind making it.

Getting back to the matter at hand, when researching Canada’s role in the war, I found that, yes, they did contribute to the war effort directly, but one of their main contributions was production and support of the other major powers in the war. Every team needs its role players to succeed after all.

That is why I went with an, “activated abilities,” theme for Team Canada. There are some in here that are for combat, but for the most part, I chose to have the Canadians make use of every last kredit on every turn.

I also wanted to make a very flexible card that works in both aggressive and control decks and that is where C’mon Canada came from.

Between the two token makers, I also wanted to make a card that can cheat bigger units into play which lead to the Dieppe Raid.

I also wanted to try to make something that needs to “reload,” and that was the impetuous behind the field artillery.

This is probably my favorite rarity to make cards for.

First, I wanted to make a “clone,” card and decided to add it in here to give players another really flexible option. I also have some thoughts about the changes to anti-air units that I will talk about in the podcast later this week.

I think one of the tougher things to do is to have a cheap elite card. It is tough to balance a splashy effect at an affordable price. I think the Mid-Atlantic Gap does this, but I’d love to know what you think out there.